Hi. As always it’s good to catch up. Last night I had my 18th fight against a better opponent from K Star Legacy in Birmingham. Sadly, I didn’t make it through the first round as I got caught with a killer hook that caught me off guard. I managed to make the 8 count but when I got back to my feet but the ref decided to stop the fight. Seeing as I had just been hit so hard my mother probably felt it and was very cleared stunned maybe that was a good thing.

I wondered why when I sat down afterwards (on a chair this time) the left side of my face was throbbing but I think it’s fair to say that would be down to the 8 0z gloves we were fighting in. That’s totally fine with me but in hindsight, I think it’s more about protection for the fighters hand than the other person’s head.

Understandably, today I feel marginally pissed that I’ve taken another loss to my name by making the same fucking mistake I always make when up against someone with heavy hands. I hit reverse and tried to trade when cornered. Watching the video it took a couple of seconds and the shots came. Boom, big right hand then bang that killer hook. and I was on the deck.

The standard of my opponent last night was very good and everything he threw was fast and with power. Having watched the video back I opened up reasonably well but was too slow. Everything felt slow. I landed some good hand and low kick combinations, and after the fight, he told me that I was hurting him with my right low kick which I guess is something, but I can do better. I always seem to go through the same conversations with myself when I lose a competition and I wonder at points if I’m learning anything at all. You see, over time I’ve come to realize that my record doesn’t matter as much as I think it does. 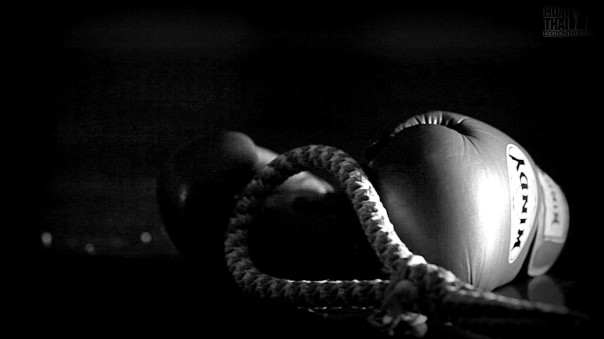 What does matter is the experience I’m gaining every time I step in the square ring. I’m still a firm believer that there’s no such thing as losing. Well, there is but losing is never permanent and everything changes. Several people said to me last night, including my opponent that losing doesn’t matter. It’s just fighting. We’re all in it because we enjoy it. otherwise, what would be the point?

Of course, losing truly does suck as much now as it did 10 fights ago, but I can look at myself objectively and focus on what I need to improve. Last night my trainer told me to work on hand and low kick combinations and to close the distance. “Ok” I thought to myself “I can do that” forgetting that sometimes. it’s a lot harder than you think.

After around 20 to 30 seconds of the first round (Maybe it was less) I knew I was in trouble and something in me hit the survival mode button which is why I started to trade with my hands. I’d already taken a heavy body kick but had come back well from it, and in hindsight, the big right hand that came in before the hook that dropped me could have been anticipated. I’m probably making it sound much more of an exciting fight than it was but writing can sometimes have a flair for the dramatic when you talk about this kind of thing.

I noticed that until the last hour or so before I got in the ring my nerves had been under control but pretty persistent. When we got to the venue I really noticed how prevalent they were and how unsure they were making me feel. It took some time but I managed to start to shut them down from the moment I started to get my hands wrapped. I’ve never been ashamed of fear .

Fear takes many different shapes in my life and when it comes to fighting it’s important to turn it into a fire. I was happy to be in that ring last night and I welcomed the challenge. As soon as I’m over those ropes I know that there is no place to run, it’s why I’ve learnt and I’m still learning that I have to stay present when I box. All that matters is the here and now.

I’m not ashamed to say I’ve never been a fantastic fighter but I am a tough one and maybe I should have won more fights than I have. I don’t believe in doing things in half measures and looking for easy options so in hindsight, despite my pride hurting more than my face does right now I’m glad I got to fight someone I knew was going to push me outside my comfort zone. I’d like to stay here for a while and see where it takes me. I hope you understand.

There’s a lot of work to be done at the gym and I want to spend more time learning how to deal with my old friend fear before he decides to pay me a visit when I compete next. I’m keen to not only develop what I can do in the ring because right now it really doesn’t feel like enough but to keep moving forward and shake the last of the rust off.

I want to work on translating training into the ring and carry the mindset with me wherever I go and to apply it to whatever I do and come up against in my life. Years ago one of my first trainers said to me that the biggest enemy I have to fight is myself. Every time I step in that ring I know that I’m winning. Here’s to positive change. Have a good week, train hard and just like the last time… I’ll see you on that road.