Hi. As always it’s nice to find the time to drop in for a weekly catch up on all things martial. This week, just like the week before has been a good week training. I started off the week with a little K1 to keep me on my toes (or the balls of my feet) and from there I headed into Tuesday for a decent 3-hour Thai session, starting the evening off with an hour PT with my fight trainer Dave “Da bull”  Wilmot of Team Tieu fame before my usual couple of hours training.

I’m lucky enough to be able to have access to someone like Dave as a coach and appreciated the adjustments he told me I need to make whilst stressing the need to be forward with everything I do be it stepping into my shots or standing my ground. I realized on Tuesday that not only do I still need to relax a little more in training but I need to focus on pressure, speed and volume as well as aggression.

Rolling into Thursday I already noticed that I was sharpening up a little despite feeling sluggish,  too slow and terrible sparring the week before. I’ve made sure that this week I’ve kept my running up to compliment my training and the past couple of booze-free weeks has started to pay off. I’m feeling fitter and my body is starting to say thanks.

Despite my legs being slightly demolished after sprints the past couple of runs, it looks like running is going to help the weight come off too. I’m currently walking around at the 63 mark and want to be down to 62 or 61.5 kg by the end of next week. I’m switching on and I’m noticing that the on switch is lit. That’s always a good thing. 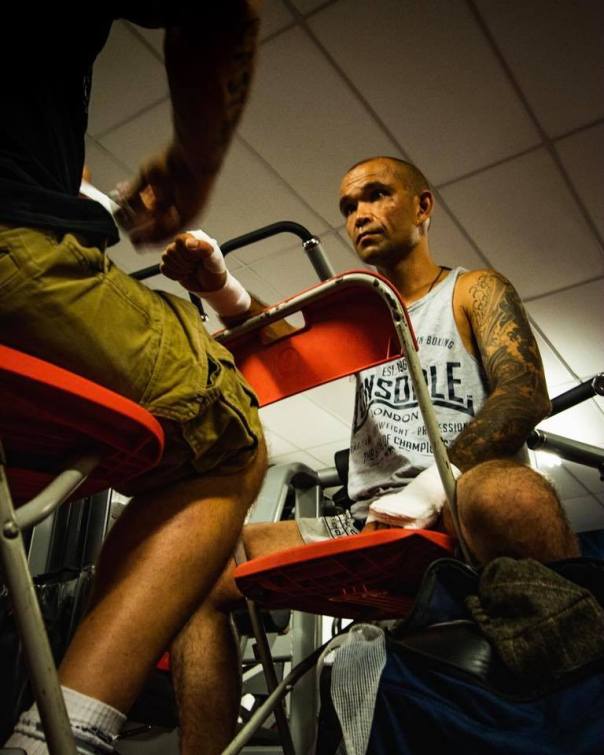 My biggest problem of late has been finding the aggression I know I’ll need in there. Despite me deciding to have a slightly shorter week training wise this week ( finishing Thursday ) as I intend to up the ante tomorrow onwards and train practically all week (5 days out of 7 from here on in) I feel accomplished.

Sparring although not outstanding in comparison to last week, was marginally better and I’m getting past the “I don’t like being hit or kicked hard, I don’t like the pressure” I was semi-complaining to myself about the week before. It may be only natural to baulk at physical confrontation but I’m pleased this week the fighter in me has decided to tap me on the shoulder and remind me of who I am inside. It’s been a while since me and him caught up and he’s still good company.  Besides, If the training is hard the fighting will be easy. That’s always a given.

When it comes to developing (or maybe redeveloping) my Thai boxing “grr” in training I’ve learnt over time that aggression in Muay Thai isn’t Saturday night outside the chip shop punch up venom and it’s not to be looked at through rose tinted spectacles either. It’s brutal, it’s calculating and it demands you be at your very best. An angry fighter is almost certainly destined to lose.

There’s a big difference between responding to an attack and reacting to one, just like there’s a big difference between attacking with intent or bouncing around the ring with your guard around your ankles screaming “I’ll have you!” Ok, maybe that’s an exaggeration but you know what I mean. It’s important to switch on and fight with intent and not let emotions get in the way.

I intend to keep developing my inner Mr nasty over the next month or so,  so I can walk away the victor in April. I’m on my opponent’s home turf so one thing he absolutely will not be doing is coming to play, and from what I’ve seen of him so far it looks like I’m in for a tough fight.  Being honest, every fight is tough. I don’t think I’d have it any other way.

For now, that’s pretty much all she wrote. I hope your week starts off on a good note when it comes to all things martial. I know that mine will. Train hard and fight easy. Good luck with all your fights and just like the last time…  I’ll see you on the road.