Hi! I thought I’d catch up with you all a little earlier in the day as promised. Firstly, thanks for paying so many visits of late to my blog! I know it’s not published as regularly as it should be but I’m doing my best to get things back on track and it’s great to see that ever since it started just after I won an area title (way back in the mists of 2013) it’s grown from strength to strength.

I’ve had some great feedback from you all over the years, the most uplifting being how inspiring people find my writing. If you have to nail this blog down to being anything other than about some random bloke who is pretty average at Thai boxing but has a head made out of metal and balls of steel, I guess you’d say it’s about personal change and development. 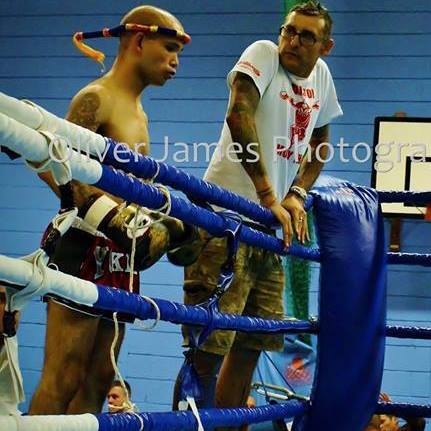 There’s a very different person about to climb in that ring.

A lot has happened over the years training and fighting wise and as always it’s been a good journey, of course, it’s ongoing. So anyway, whilst we’re on the subject of blogs and what’s out there that’s worth reading I thought I’d mention some of my favourites that are absolutely worth a visit!

So, when it comes to inspiring reads and very informative articles on training and fighting in Thailand one blog that is worth a mention is 8 limbs us by Sylvie Von Duuglas-Ittu. I really like Sylvie’s attitude towards a lot of things and I’ve always had an interest in the journey of female fighters in the Muay Thai world. With 200 fights to her name, I’m like “how have you done that?”. I wish I could get that good.

Which brings me to my second favourite blog under the ropes by Emma Thomas, again there are some really interesting articles and It’s really inspiring for me personally to read about someone who took a leap of faith and ended up doing something what many people out there never have the time or inclination to commit to. I can relate to the jumping in at the deep end approach personally, I still feel that is kind of what I did when I first started competing.

I can remember going to a show hosted by my old gym Sakprasert before I started fighting. At the end of it my trainer at the time grinning from ear to ear asked me if it was something I wanted to do. I said yes, and haven’t really looked back since. I think my main driver for continuing to fight after losing a lot was quite simply telling myself if I can fight then I can win. It’s called tenaciousness. Some may call it stupidity but I don’t listen to morons.

People I do listen to however are people like Muay Thai Scholar  Aaron Jahn, like Sylvie and Emma is a wealth of knowledge when it comes to all things martial and a lot of articles in the blog are generally useful especially if like me, your someone who takes your art home with you.  Not saying that’s something you need to do as I think it’s just as important to be able to switch off and unwind but you know..

Finally, one blog that is well worth your time is Don Heatrick Muay Thai Strength and Conditioning.  It is what it says on the tin and I’ve found the best advice often comes from those who strive to be the best at what they do. Don has achieved a lot with the sport and seems like a great trainer.

I’ve particularly enjoyed some of the articles written about mindsets and approach on his blog, so if you are interested in developing what makes you tick as a boxer as well as the physical side of things it’s worth a visit.

So anyway, that, in a nutshell, are some of my favourites when it comes to Thai and all things martial. (Other than my own blog of course) and I hope you feel even more inspired than you were previously! I should be fighting in the next few weeks but I’ll know more next week so of course, will keep you in the loop. Thanks as always for reading and just like the last time… I’ll see you on that road.