Afternoon all. I thought I’d check in on time this week as among  many things currently my time keeping could do with a lot of improvement. Maybe I’m being too hard on myself, or maybe it’s post fight blues. I wouldn’t say I’ve been down about losing this week as I have just got on with it as normal but I would say I’m disappointed I didn’t fight as well as I could of.

On the plus side of things my opponent was a good fighter and I don’t think for one instant I should of expected anything easier. I learn a lot from tough fights and I’ve spent some of this week working on range for my left body kick.It’s a good kick when it lands but I often throw it willy-nilly. Practicing a kick on a bag or pads or even in a training drill is one thing but delivering it under pressure is another.

However, persisting to succeed is always the order of the day when it comes to all things Thai and I’ve spent a lot of time practicing that kick body and leg so I’m sure it’ll come right and be there when I need it the most. On reflection of last week I think I spent too long waiting to attack instead of letting it go and just going for it.

I also spent far too much time on the back foot, so this week I’ve started thinking about standing my ground again and staying in range and closing distance.

There was a few other things that happened that I really wasn’t happy with, losing my footing (to be fair one slip) and getting a teep caught pissed me off but that just means I need to spend more time working on stance and balance.

In fact, I’ve come away with a lot to think about and a lot to work on before the next one. Being a good fighter is about being the best I can be but technically I think its about having a strong foundation or a good set of basic skills. If I can rely on the basics under pressure then I can come back strong. But here I am again giving myself a hard time.

Every time I remind myself I’ve spent a long time away from the ring or I’m getting the rust off again It feels like I’m making excuses. It’s easy to let that lead into a lot of should of, could of would of’s. It’s easy to worry about the bullfight critics. It’s easy to listen to Mr negative who I’ve consistently proved wrong for over 11 years. And it’s very easy to forget I’ve achieved a lot and brought a lot of good into my life through martial arts. 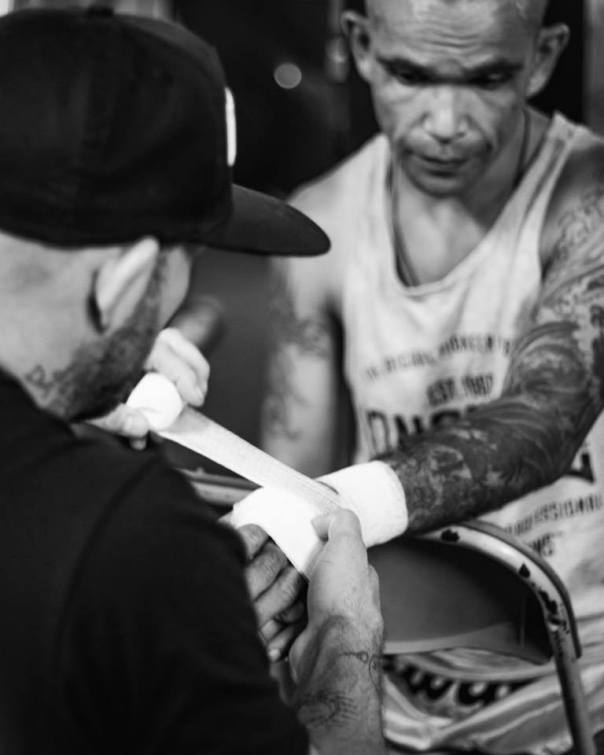 So here we are again  you and me. There’s a lot I want to achieve with martial arts and as always it’s a long road. I’m pleased I can look at myself as a fighter and realize what I need to improve. I’m pleased most importantly that despite the bashed up left shin (no injuries he said ) and annoyance at myself for not fighting like I thought I would (ha) that I still love what I do. Because let’s be honest for a moment. When it comes to the opinion of my inner “bull fight critic” it’s safe to say that zero fucks are given.

As always I’ll  just keep going, keep training, keep fighting, keep smiling and start winning. (again.) In the meantime, I’ve got an hour or so of power ahead this afternoon to finish the week off and I’m already looking forward to training next week onwards. Turns out the little fighter still has a big heart. Have a good week, train hard and I’ll see you on that road.