You know, I’m really looking forward to start putting in a little more time at the gym when it’s open as normal again. I’m rapidly coming to the conclusion that a couple of sessions a week just really isn’t enough for me so I think from next week onward and time and money allowing I’ll start getting a little K1 into my life. Just like I said I would last year, and until normal service is resumed. It fills the week out and makes me feel a little more accomplished when I don’t have the time to train with friends at the weekends…

We’re nearly a month into the new year and there’s already been some exciting developments taking shape. It’s looking like I may be back on track fighting wise over the summer and all being well they’ll be a chance to clamber back onto the horse before that point too. I’ve always needed a goal to work towards when it comes to training. It’s not the same unless I have something to point myself at. Besides, it keeps me focused and makes my heart stay big. It’s a long way off yet so we’ll see. 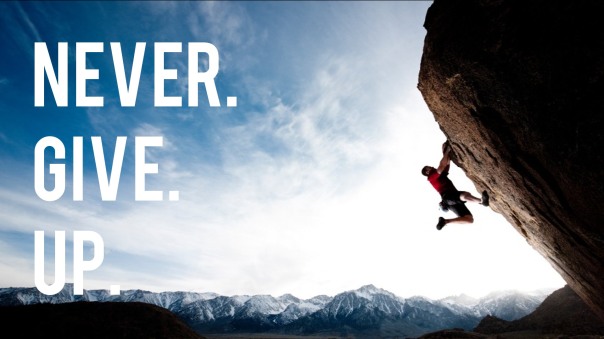 I hope that along with everything else this year I make a real success of the journey I’m on with Thai and do everything that I set out to do. Sometimes in life you set goals and it takes a little longer than anticipated to get there, but I’ve learnt that if you stick with it you’ll produce good results as long as you put in the work.

I’ve found that part of succeeding with all things martial is about adopting the right attitude. I’ve always done my best especially when it comes to competing to step into personal doubts and fears and prove them wrong. I’ve never been someone who would expect myself to reach a “world class” level martially but I think at the very least I’ve always been someone whose done their best to draw on how the best get great at what they do and try to adopt at least some of the mentality for my own personal journey.

Life isn’t about putting people on pedestals of greatness but for me rather knowing that if other people can achieve what they set out to achieve then I can too. It’s better to draw inspiration from people and situations around you than to magnify those people into something they aren’t. After all. The best only ever get to that level because they put in the work. If they can do it then so can you. It’s your world..

The biggest frustration for me at present with training is not being able to spend as much time at the gym as I’d like as I mentioned earlier. I guess for the time being my current goal is to find ways to fill in the blanks and put in the extra work I need. Today I finally managed to nail a decent run route and I can build on that bit of home training by making sure I’m running at least 3 times a week, I’m shadow boxing at home, I’m doing free weights, sit ups and so and so forth. If I don’t have as much time at the gym as I’d like at present then I need to make sure I always take it home and train as much as I can. Then when things pick up again I can make sure I hit the ground running. (no pun intended) “that’s how winning is done”. Right?

So in the meantime, I’m sticking to my guns and my goals and look forward to keeping on moving forward through blood, sweat and tears. As always it’s a good journey to be on. The little fighter still has a big heart. “thanks for listening in.” As always train hard and I’ll see you on that road.