This week, training unlike last week  has been a thing of awesomeness. Maybe that’s why I was quieter than usual, but I’m pleased that I’ve spent the best part of the week at the gym. It’s always good to push yourself and Monday although a gym free day is due a big run at lunch time. Of course, I intend to pick things up (again) and make sure that I’m just as busy with all things martial in the week as I have been of late.

One of the lads from my gym has just come back from spending a couple of months out in Thailand so this week we were training in a similar format as he’s been used to. Large amounts of knees on the bags and lots of clinching as well as sparring and the usual drills was a lot of fun.

There’s 2 and a half weeks or so of training to go until my planned trip overseas and there’s still a couple of loose ends to tie up but I think I can get myself ready as long as I really push. My current lack of a corner is bothering me a little (my trainer’s not able to make it )  as I really need someone who knows me to do that job but in the same respect I think there’s going to be people there who might be able to help. From what I’ve been told they’re a good bunch.

If  for whatever reason this becomes a spanner in the works then that’s life but I want to  give it a shot. Besides other than competing it looks set to be a fun weekend.

It’s going to be nice to step outside my comfort zone again and I’m intending to do the same over the next couple of weeks at the gym too.  Ultimately looking out for me is kind of a new one  and although I know the support structure is there I still feel like I’m stepping into uncharted territory even if it is briefly.

I think the fear of nothing happening if I didn’t decide to do something like this has pushed me into action. I wanted to get out to Europe last year but for whatever reason  made a load of excuses and never did and although I’m worried that history will if it can repeat itself (it seems to like doing that of late hey ) I’m feeling pretty determined about the whole thing. 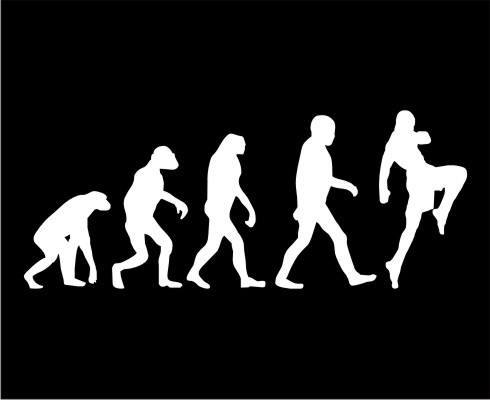 My first goal if the fight comes together is to win. I’m not going out there to lose. My second goal is to come back, ironically win or lose with just as much fire as I used to have. I could feel it slipping away when nights down the pub and long weekends began to take over consistent training week in week out. And that’s the third goal. To train as much as I can like it or not.

My own tardiness infuriates me at points and although I’ve met a few in the Thai boxing scene round here who live for the weekend I’ve been there and I’ve done that. I’ll still be training when I’m 60. Anyone can sit in the fucking pub. I’ve picked it up again and I’m going to keep it where I want it to be.

Technique at the moment still needs to be sharpened up but isn’t too shabby and sparring is getting better. Next week I intend to switch off a little more, work on my range and get faster and nastier. I need to put my head into K1 mode because those are the rules out there. I won my last K1 fight so that’s making me feel pretty positive. And of course, then there’s the running.

Next week just like this week is going to be a week of training that’s well worth my time. I’ve come away feeling that I’ve done something good and from previous experience the next couple of weeks needs to be hell and back. Let’s hope all goes according to plan and I get to prove myself wrong. Again. I thought I’d leave you with a highlight video of my favourite fighter. It just popped up in my Youtube feed. You know who that is. 😉 Have a great week and just like that last time.. I’ll see you on that road.