Afternoon all. It’s been a couple of weeks since I wrote last so I guess that’s one new years resolution already broken. Being honest, despite things in my life going pretty well at present in general it’s not shaping up to be the best of years globally.

The world may not currently be in the best of places but I believe that people have the power and we can put things right if we all work together.. Because what affects one of us affects all of us. And that’s the triple truth. Ruth. (If you’ve never seen “Do the right thing” watch it. And watch it today.) My slightly political moan over, this week unlike last week sees me back on the training horse. Again. Let me explain..

Training wise last week was pretty thin on the ground, in fact being honest it was an out and out poor show but the little time I did spend at the gym I enjoyed. But that’s a given and I can’t see it changing any time soon. This week, I’ve decided to make sure I’m training best part of the week.

With Tuesday out the way I’ve got tonight and Thursday and Friday ahead and well, maybe a little over the weekend too. I’m getting far too adventurous considering last week’s laziness so we’ll see but that’s the plan. Cue next blog “I need to spend more time training”.Ever seen Ground Hog day? I currently feel like I’m living it. 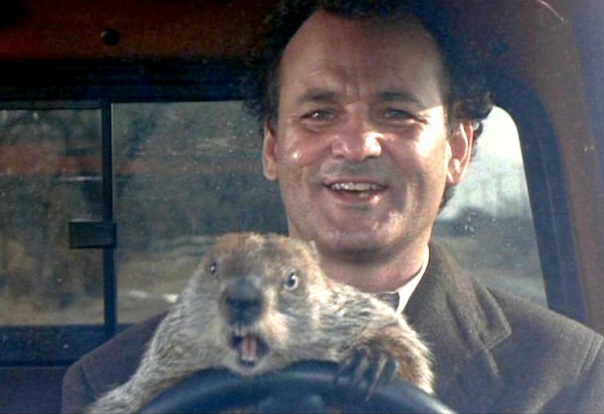 Still I guess it’s not that bad in hindsight. And things often take time to head back in the right direction. I was checking in with myself earlier about how many hours a week I spend training at present. I’m there on a good week at least 3 times a week and on a better than average one 4. So that’s about 6 to 8 hours a week. Which isn’t too bad.

Training in Thailand you do that in  a day or 2 days but you know…  Getting back in the “like it or not” mentality I’ve adopted for such a long time is never easy but like most things in life, it can be done.

I noticed yesterday  training that although things felt “ok” they weren’t somewhere I felt 100% comfortable with. I’m still as flexible as Robocop but more flexible than I was a few months back. At least, it seems that anyway. I’m being shown a slightly different way to kick to the body at my current gym then I’ve been shown before so I’m doing my best to modify my left kick and then my right.

Either way, it’s come on loads  and the slight change just allows it to be a little more direct and takes less time getting there..and I feel overall I’m improving. I’ve noticed how I spar changing slightly  and my defense is getting a little better although nor massively. I think I’m faster as well than I was before but then I tend to work on my speed a lot these days in sparring. Being a light fighter I need to be quick. For a while sparring with bigger folk got me focusing more on power, but it needs to be snappy.

Yesterday we were focusing on fighting “in the pocket” or within rage of each other. If you watch Thais fight you’ll understand what I mean. The decent fighters in any gym always seem to stay so they are always in range, again not an easy task and when I’m training with someone bigger than me or who knows if they get close I’ll fuck them up if I can,  I sometimes get frustrated and sometimes miss shots that I should never of thrown anyway so just recently I’ve tried to let them come to me a little more.

I want to get better at counter fighting but I’m pleased I’m still not afraid to walk into them. Pressure fighting works especially if you get hit really hard and just keep attacking, it can be disconcerting for your opponent I guess and besides I’m trying to build on how I do that too. I don’t just block stuff with my face and hope for the best.

. I’ve decided to have a couple of weeks booze free (although I’m meant to be going to a gig on Saturday so we’ll see how that pans out) to get the fitness up too. I really feel it when I’m running and I miss the “body says thanks” feeling when I wake up in the morning. As fun as going out can be alcohol does you no good at all. I guess I need a goal to focus on.

Tonight is free reign on the pads and sparring and it’s usually a good couple of hours training. Being honest I’m already looking forward to getting stuck in. In fact, it usually works out to be the best part of the day. Here’s to this week not panning out like a martial Ground Hog day and just like the last time, I’ll see you on that road.