Well, as always it’s good to be able to find the time to sit down and write. I’m hoping this week I finally get things back on track because everything else seems to be heading in the right direction. I’ve not been training much of late, but this week things are back to the norm. The time is always there, it’s just having the inclination to commit to it. Where there’s a will, there is often a way.

As we get closer to the end of the year, I often feel more reflective than usual. It’s been good having some time out from competing. I think I’ve really learnt to appreciate training just for the sake of training “art for art’s sake”as they say,  and without the additional pressure of competing I’ve enjoyed being left to my own devices. I feel free.

Procrastination has been my biggest enemy over the past few months with a lot of things not just this blog. Having a busy life is no excuse, because being completely honest most people do. Again, where there’s a will your always going to find a way.

I realized earlier this week when I was training that I really need to start putting in more time at the gym. It’s nice how everything stays but also unless I put in the work then I know that nothing really improves, or if it does it happens far too slowly for my liking. I’ve started to make sure I’m running a couple of times a week again and the hill I’ve avoided running up (I’ve even procrastinated about taking the route that takes me up the hill of late ) is now a part of the run whether I like it ot not.

So I can’t help but wonder if with enough dedication and focus if I’ll be ready next year to start competing again. I think with the right mindset I will. I need a lot less complaining and a lot more graft in my life. I know my strengths and I know my weaknesses and I also have a good trainer and good people to train with that I think will push me to be at my best.

When I see little improvements happen over time, I know that with more commitment bigger ones will too. Like with everything in life, it’s about changing my mindset to succeed and reach my goal. The one thing Muay Thai teaches is that you absolutely do not give up no matter how tough it gets.

No short cuts, no excuses. Although the ring has always been a little up and down for me I’ve always commited to training when I know I’ve got a fight coming up. It’s a big commitment granted but it’s worth every minute of my time. It takes a lot to climb in between those ropes and as the saying goes as soon as your in there you’ve already won.

It applies to whatever level you fight at. Casting my mind back to Thailand last year, I can remember a fighter from Australia telling me that a fight is a fight. To fight at a pro level simply requires a little more dedication. Maybe we get too concerned over wins, losses, rankings and ratings sometimes to remember that essentially we’re all in the same game. We’re all doing the same thing.

Which kind of brings me into my last bit for Monday afternoon.I’ve always had mutual respect for people I train with but I only respect those who respect me back. That’s something my father taught me way before I began my journey into martial arts. It’s something that’s essential to me as a person and something I have ingrained deep in my inner. When it comes to Thai I’ve met a lot of good people. I’ve encountered a lot of ego too. I guess you get the latter in all martial circles no matter what your discipline is. After all, we’re all only human.

I think I’m  still learning a lot about me as a person and being honest I think that’s always going to be a constant.As I’ve said before Thai has always brought out the best in me, but the people I train with have also played a big part. It’s good to be in an environment now and then that has always done that.

I do my best to keep my feet on the ground and be realistic about my goals. Every time I think about fighting again a little glint appears in my eye. I may be a 30 something but I’m still young. I’m tough. It’s fun. I never thought I would ever have the courage to fight and now I’ve had some time out I’ve realised how much I miss it. Humbly speaking I don’t think there’s a massive amount to be learnt from fighting newbies. If anything I want it to get better and tougher.

I’m hoping next year brings some good training, great experiences and good challenges into my life. I’m hoping that if 2016 was my year out, 2017 will be the year I step back in whilst spinning all those plates like it’s no big thing. Have a great week, train hard, and just like the last time… I’ll see you on that road. Always.

“Wherever you go, go with all your heart.” 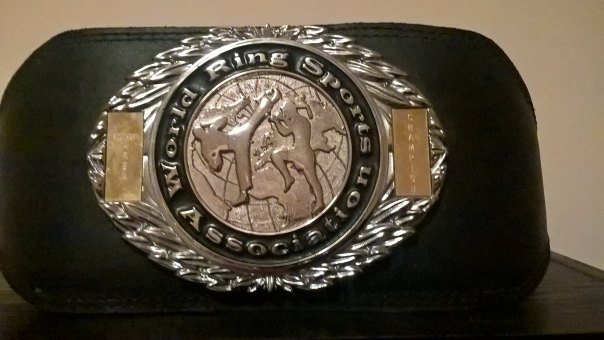