So this week just like the week before, and the week before that has been a good week of training. I’m still training hard and keeping focused as always and finished last week with a 7.2k run. Which, was not bad going and of course was something I enjoyed. In fact I’m making more of a point of getting myself back into running a few times a week, and as always I’m noticing the benefits.

Training in itself has been a good push of late , I’m still best friends with the heavy bag some days and still working on that focus thing. My opponent pulled out of my fight that was due to happen next week as he’s injured (these things happen)  so I should hopefully  be fighting over the summer.

I guess it gives me some time just to keep training and keep improving what I do.  I’m getting less and less about over complicating things and more about keeping it simple. Pad drills and simple combinations I know I’ll remember are the order of the day. I find the biggest understanding comes from doing.

It’s kind of how they teach in Thailand (although you do get a lot of guidance ) and I guess that’s why I love training there so much. I’m due to head out later in the year but running my own business is probably going to push things back a little.

I’m beginning to get my head around the balance thing and despite feeling under a lot of pressure of late I always find it useful to come back to Geoff Thompson’s video  on what he calls ‘The eye wall’. Or being at the centre of a storm. If you ever catch my ramblings on Twitter I’m hoping you saw me share the video a little while ago.

In fact I’m always working on that balance and focus thing. I’ve lived in a vibrant city for the past four years of my life, one that is actually a melting pot of different cultures and people. I see Bristol as a mini  London of the South West. I like that. In fact it’s becoming more and more like home all the time.

I think that was what inspired me to write a piece for North Devon Solidarity network because being human there is a lot of things I care about. That’s coming out in June in their DIY booklet. I’m stoked because it’s a good cause and I’ve made a contribution I can be proud of. (I have probably mentioned this about at least oh a 100 odd times or so in the past couple of weeks…)

In fact I outright refuse to take a blinkered  view on areas such as immigration, the refugee crisis and any other form of scapegoating the government throws at us. “I believe in the concept that the whole world is equal.” I don’t think that will ever change.

Training this week hasn’t been too bad and I guess it’s going to be nice to be able to relax a little mentally and get back to training just for training’s sake till later in the year. I’m still focused on training hard and improving (being honest that is something I think happens naturally the more you practice) but I’m happy I can give everything else equally as much time too.

Earlier on this month, on one of my more despondent days  I thought “maybe I need a break from fighting” and then that part of me went AHEM very loudly and the rebellion was quashed quickly. I think Muay Thai and competing is my release valve at points and as always it’s there when I need it the most. Most importantly, it never has been and never will be stop being fun.

For the first time in a long time I’ve begun to feel centred and balanced about a lot of things in my life, and I think the year ahead is most certainly going to be an interesting one with all things I commit my time and energy to. 2016 is seeing a new me emerging but in the same respect he’s always been there it’s just these days he’s a little older and a little wiser. I hope I can extend that big heart of my mine not just to fighting but to everything I do. Have a good week, train hard and chok dee for all your fights in the ring and otherwise. I’ll see you on the road. 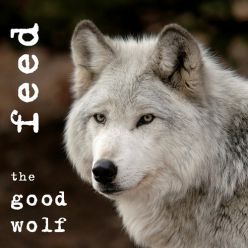