I step up for the fifteenth time next Saturday in Cardiff  (fight no 10 for Bristol Thai )and I think I’m going to go for a last bit of push next week rather than just train a couple of times in the week  and have a few days off. I think that’s the best way forward.

After all, I want to make sure I’m at my best. You know from time to time there’s a part of me that steps back in utter amazement that I’m coming up to.. what was that again? fifteen fights now? There was a time when I never thought I would even have one.

I’m pretty much convinced if me now met me 15 years ago, old me would be in for a surprise. What tickles me even more than that statement is the fact that I enjoy fighting so much. After all fundamentally, we’re getting in a ring to hammer each other into submission over five rounds.

My old trainer in Bournemouth once said to me ‘fighting is brutal! it’s not for everyone!’ I thought then he was just trying to put me off, but maybe he was just testing my resolve. People are like that. When they see potential in another sometimes they push them to be the best they can be. It’s just the same with my trainers at present.

So what I’ve learnt not to do is put  Muay Thai on a pedestal when it comes to combat. It’s tough in there at the best of times,  and the more you compete the tougher it gets. It’s true that it’s not for the faint hearted but first and foremost it’s also true that it isn’t just a sport it’s an art.

It has a rich history that extends beyond the ring, and it’s something that I hope to continue to explore way beyond the day I finally decide to have a little rest. Though the rest probably wouldn’t be for that long. 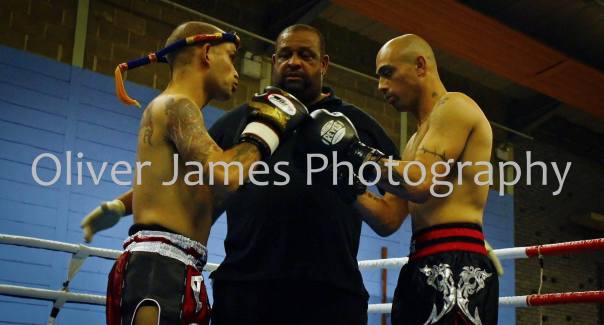 I’ve found that training and fighting isn’t just  developing my skills as a boxer /martial artist (I’m finding that at the moment things I never thought would click are beginning to fall into place, and although there’s a lot of work to do as always progress is inevitable.The more you put in.. well you know the rest.)  it’s developing me as a person too.

People train for all kinds of reasons and when it comes down to it you don’t have to fight. It’s not a prerequisite for stepping into a Thai boxing gym and I think I knew that from the beginning. In fact, at the beginning I used to watch the lads spar at my gym and think to myself ‘I hope I can do that one day.’

Like with most people who train, Muay Thai has given a lot more back to me than just techniques and raw combat. It’s made me walk a lot taller than I ever did before and it’s shown me that ultimately the one person who should always believe in me without question is myself. And that’s the sort of gift you can apply to the rest of your life.

So coming back to the here and now (I could almost see the screen swirl as I ventured into a misty eyed flashback a minute ago) at the moment I’m feeling pretty solid mentally about fighting again. I’ve had six months out from competing and although I did have a moment of doubt flicker last week about performing well, I’m sure by next Saturday I’ll be ready.

At the moment I’m feeling pretty good but again, I just want that final  push for the majority of next week to make sure everything is how it should be. Just because I’m going to stay away from sparring for obvious reasons doesn’t mean I can’t work hard.

Although as a paradox, I’ll make a point of not over doing it when I should be taking time to relax mentally and physically too. Overall, as you can probably tell I’m pretty excited. I’m also  waiting for the nerves to strike.. that’s kind of a given but the more experience I get the more I learn how to deal with them and most importantly to use them to my advantage.

It’s all about that fear into fire thing again.It’s funny because now that I’ve mentioned nerves I can feel them bubbling up a little. The one thing I do know is the guy who’s writing this blog today isn’t the same person as the fighter who will step into the ring next weekend.

So right now I’m all about the here and now when it comes to what’s ahead. I’m looking forward to the last bit of training next week and I’ve got my sights set on what I want to achieve.  As always I’ll  be the best I can be, and I hope to end the year on that good note I’m always talking about. Train hard and have a great week. I’ll see you on that road.