This week I’ve mostly put myself through hell and back. I’ve trained hard from Monday through to Saturday and I intend to do the same next week too. Most importantly I’ve loved every minute of it, even when it hurt a bit on Thursday, but came to life again on Friday and finished well on Saturday.

Of course, along with the training there’s been the running and the occasional set of sprints now and again. Whilst we’re on the subject of running it was hard this weekend. Yesterday I hated every minute of it, and wanted to stop at least once but made myself keep going. I kept pushing, all that was important was a good pace and sheer grit determination to see it through to the end. To not give up.

Speaking of not giving up that’s what I told myself to do a couple of times this week after going through yet another endless round on the bag, or a set of knees, or throwing that low kick faster and harder than before, or pushing through a combination drill with a resistance band on. Resistance bands. Bane of my life. When I use them properly that is.

Then there’s been the sparring. That’s been tough. Thursday started off feeling like round 5, and the rest of the week has been equally as challenging, but it’s been good and every day I’ve finished off with at least one round that’s made me happy.It’s never an easy task sparring with someone heavier than you, or fresher than you or just determined to give you a hard time, but it’s always worth it. It never stops being worth it.

I’ve learnt that there’s a thin line between wanting to succeed and doing enough in training to succeed. This week has really been about pushing myself over that line to keep going even when I don’t want to. I haven’t succeeded on every occasion. At least in my mind I haven’t.It was good to hear one of my trainers say this week that I worked hard and I didn’t give up. I’d finished the session feeling a little low about how it went, and it wasn’t until I was heading home that I realized that despite feeling low on energy, too slow, not hitting hard enough. (the list went on and on) I hadn’t relented. I’d stayed in it and pushed.

That thought brought a little smile to my face that turned into a grin, because what it had felt like was the finishing rounds of a fight. You know the bit I’m talking about. When you have to dig deep. When you have to push past that point of no return. When it’s now or never. When it’s all or nothing, when there’s still something left in the tank and you absolutely must not stop or give up… well, you get the message. The one thing I have a lot of is heart, and it’s good to know that it’s there in training as well as in the ring.

I think all of the above is going to serve me next well next week onwards and it’s not going to get any easier. In fact the best word I can think of to describe what is coming up Monday onwards is one of my favourites at present. Horrible. But horrible usually produces results so I’m looking forward to getting a lot more of that in my life soon.

I read a couple of weeks back that there’s more to being a Thai boxer than just having a few fights. I think that’s very true. Muay Thai gives a lot back when you give it your everything. It’s constantly teaching me new things about me and It’s shown me a side of myself that at one point, I never knew existed.. Sometimes that’s the best bit. Have a good week, train hard and I’ll see you on that road. 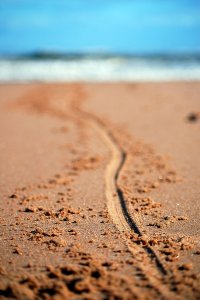