This week has been a little lighter training wise than last week but in a way I’m glad of that. The next 6 weeks  sees me getting myself ready for my fourteenth fight, this time under K1 rules. It’s a rematch against a lad I beat a couple of years back fighting under Thai rules (I won using a load of clinch and knees ). I feel confident not because I beat him (although that helps) but because I also won my last K1 fight too. In terms of how the fight goes it’s the same but different. Taking away long durations in the clinch is irrelevant to me to be honest, because really the will to win is the most important thing.

When I was running earlier on this morning I found myself unintentionally ( or maybe it was a sub concious intention) seeing myself winning my next fight. There was little focus on how I did it, but all that I could see was the fact that I did. I guess I know that the training coming up is a journey of preparation anyway.

I normally let negative thoughts pass me by when I’m running. At times it can be like therapy, because it shifts a lot of stress. It releases the pressure of the week and gives me a clear head again. When I find myself focusing on positive outcomes I start to set positive intentions. It doesn’t always guarantee success but I can tell you something for nothing. It certainly helps. 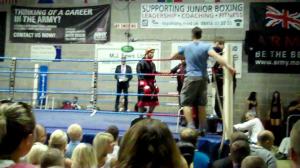 If anything the person I’m up against  in training and I guess in some respects in the fight too, is only ever really myself. Thinking like this means that this way even if I lose there’s still something I’m taking away. I can look at how I fought and assess what I need to improve rather than dwell on the negatives. I can still take away positives rather than just see a disaster.  I’ll admit it’s hard to get back into training after a loss but it only ever makes you stronger. And more importantly makes you better too.

One of my trainers this week made a point of saying that when you have a fight coming up it isn’t really about learning a load of new techniques as your more than likely not going to use them, it’s really more about sharpening up what you have and making sure that your the best you can possibly be by the time your fight comes around. I think this is certainly what fight training is about and from my own point of view there’s going to be some improvements that I want to make (those things I want to work on and develop I talked about a minute ago) but fundamentally I believe in myself, and I think my intention is well set.

On a final note, the one the thing I think fighting for me at this stage certainly isn’t, is about ‘getting in there’ and hoping for the best. There is a very big difference between going to fight and going to win, and ‘going to win’ is the best attitude to have when it comes to any kind of competition. It involves pushing through a lot of fear, maybe battling a couple of demons along the way, but ultimately the journey and the  end result is always worth every minute of my time.

I’ve talked a lot about mindset and attitude over the past couple of weeks but for me it’s a big part of fighting. The training and hard work is a given, the mindset doesn’t always come so easy. Like with everything else with this sport it’s part of my journey and a work in progress. Maybe it’s the same for you too. Have a great week, train hard and just like the last time.. I’ll see you on that road.

‘It is in our failures that we learn the recipe of success and become stronger as a result.If we never give up we are unbeatable.’ 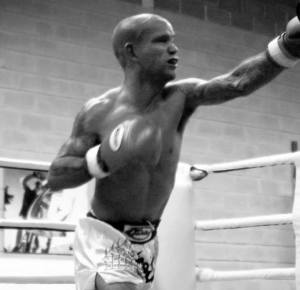